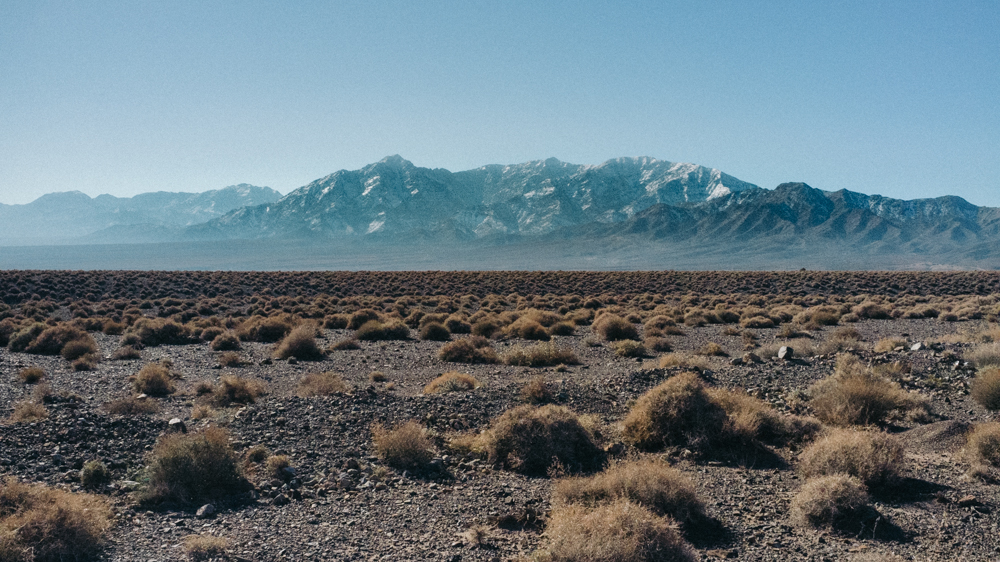 We drive further down south, towards the warmth of the Persian gulf.

For the third time we pass Kerman, this time on our way to mister Akhbar in Bam. But after only ten minutes on the road we are stopped by the police. The officer didn’t speak English and our Farsi isn’t so good either. We’re guessing we were speeding and hand over Robin’s drivers licence. After some gesturing and writing out a fine for us, the police men lets us continue our journey. Later we find out is is indeed a speeding ticket, and we should’ve gone to the bank to pay the 600.000 Rials. Sounds like a lot of money, but isn’t more than €10. We keep it as a souvenir and hope they won’t give us any problems at the border for not paying a speeding ticket.

The Lonely Planet is our tour guide today and we have three stops planned. The mausoleum and the beautiful garden in Mahan and the ancient citadel in Rayen. The citadel is ike a huge sand castle, you can climb on and wander. Outside the citadel we spot a shepherd with his flock. Bam wasn’t on our itinerary, but the drive from Kerman to Bandar Abbas is way too long for just one day. And now we get some sightseeing on our way too!

The second time we are being pulled over today, we found a better tactic. As other drivers simply accelerate and madly wave their arms at the officers, we decide to have a friendly chat instead. The chat isn’t more than saying Holland, Holland and naming Dutch football players, but hey, it works. No ticket this time, just a great portrait instead.

When we finally reach mister Akhbar’s guesthouse we are welcomed with a pot of hot tea, and no one else to find. After knocking on a lot of doors and ringing door bells, Robin has the fantastic idea to ask the neighbours. It’s mister Akhbar’s son, and he runs a small travel agency with great enthusiasm. Almost such great enthusiasm that we nearly end up changing all of our plans and head to Chabahar instead of Qeshm directly. Chabahar is towards the Pakistani border and it means a lot of extra driving. It’s also deep in the red zone, of the Dutch governments travel advice.

Mister Akhbar convinces us during dinner in his living room that we take it easy and head to Qeshm for a couple days of relaxing. Rushing through cities doesn’t give you time to truly appreciate them. We follow his advice, he has seen them coming and going since 1973, when he first opened his guesthouse. We watch the news about the yellow vests together and we share how we celebrate Christmas where we’re from. He is delighted with our gift, a small snow globe with a christmas three. It get’s a prominent place on a shelve above the television.

The next morning we finally succeed in leaving at the planned time, for the first time this trip. We have one more try at fixing the SIM card, but the shop is closed. We’re still offline, and we’re fine with it too be fair.

Today we drive trough the mountains, and even spot a stream with water! The government gets a lot of criticism for poor water management with the dams that are built. This leaves a big part of the country without water in the already dry environment. Ever since our cappuccinos on the way back from the Kaluts, we have tried to find them again. We search the shops in the small trucker towns we pass, but without success. We do find people with faces that tell stories on their own. Poor goats in trucks on their way to the slaughter house, and sunflower seeds that the shop owner weighs with an old fashioned scale with weights. 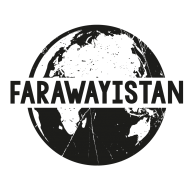