Farawayistan has always been the place where our passion for bikepacking and storytelling come together. We have loved to show you the world from our handlebar perspective, and took you on a grand adventure, all the way from the Republic of Georgia to India and Indonesia.

Regular readers may have noticed that our website recently got a makeover. A sleeker look and a brand new logo. That’s because from now on we would like to add something new to our storytelling and talk about ancient Egyptian archeology.

Just kidding. We’re still doing what we love most – sharing our cycling adventures. But we are adding another aspect to it. We are entering the world of ultra endurance cycling.

Sometimes you just have to take a leap of faith. So when the opportunity arose to compete in one of the most heroic off-road ultra-cycling events, we jumped in the deep. As a pair, we entered the Atlas Mountain Race to be held in October 2021.

We’ve done some crazy things before. Like when we tried to cover a bikepacking route in the Georgian High Caucasus with heavy steel touring bikes or that time when we pushed our bikes over one of worlds highest mountain passes in the Nepali Himalayas. But this one might just top them all.

The Atlas Mountain Race is an unsupported cycling race across the Atlas Mountains in Morocco. The fixed and single-staged route starts in Marrakech and ends after roughly 1,200 kilometers in the coastal town of Agadir. There is very little tarmac and the race mainly follows gravel roads, single tracks and old colonial pistes. If the harsh environment of high mountains and dry deserts aren’t hard enough, we’ll need to conquer approximately 17,000 meters of elevation. And we have no more than eight days from start to finish.

Why ride an ultra endurance race?

But don’t call us crazy just yet. We both thought long and hard about entering, and we have good reasons to do so. Robin: “Ultra cycling has always intrigued me. I don’t really have an explanation for this, and it doesn’t rhyme at all with the way I used to ride before. Purely in a recreational way and getting me from point A to B. But for some reason looking at ultra-events always made me feel excited. In particular the endurance aspect of physical and mental abilities. I’m not competitive in any way. Therefore I’m not going to Morocco to race other participants, but I’ll be racing mostly against myself.”

“After the journey I found it hard to motivate myself to ride” Sabina says, “because I didn’t have a goal. But while I was not riding I poured all that excessive energy in to my work. A bit too much. The balance was gone. Cycling made me happy, and being so over focused on my job didn’t. I’m someone who goes all in, and have proven to myself time after time that I actually am capable of doing more than I initially thought. I used to look at ultra cyclists as super humans doing the impossible. But now it got me wondering: ‘could I also do that?’ Only one way to find out.”

Our lives changed quite drastically in a very short period of time. From freely roaming around with our loaded bikes in exotic places like India and Nepal to fulltime jobs with sales targets and deadlines. We went out as much as we could, but since we’re both working from home days quickly started to all look the same.

Introducing something brand new into our lives, in this case preparing for an ultra-event, brings excitement and a renewed focus. If we want to stand any chance of succeeding we have no choice but to be disciplined. The mental and physical training gives us structure and the excitement makes us feel awake.

Come along on our journey

We may have some experience cycling in challenging conditions, but we’re total newbies in the world of ultra-cycling. So we thought you might find it interesting to come along on our journey to the race. If you’ll have us, we will share our thoughts, experience, progress and setbacks and we’ll talk about anything to kit lists, training and bike fits.

Those who come here just for the pretty pictures, no worries we got you too. We will still be posting about our weekend adventures and bikepacking trips. Those are luckily also part of our preparation. Subscribe to our newsletter and follow us on Instagram and we’ll take you along. With a little bit of luck and a whole lot of hard work all the way to the finish line in Agadir. 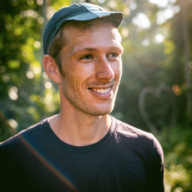 Robin Patijnreply
– In reply to: Ingrid

Robin Patijnreply
– In reply to: hub