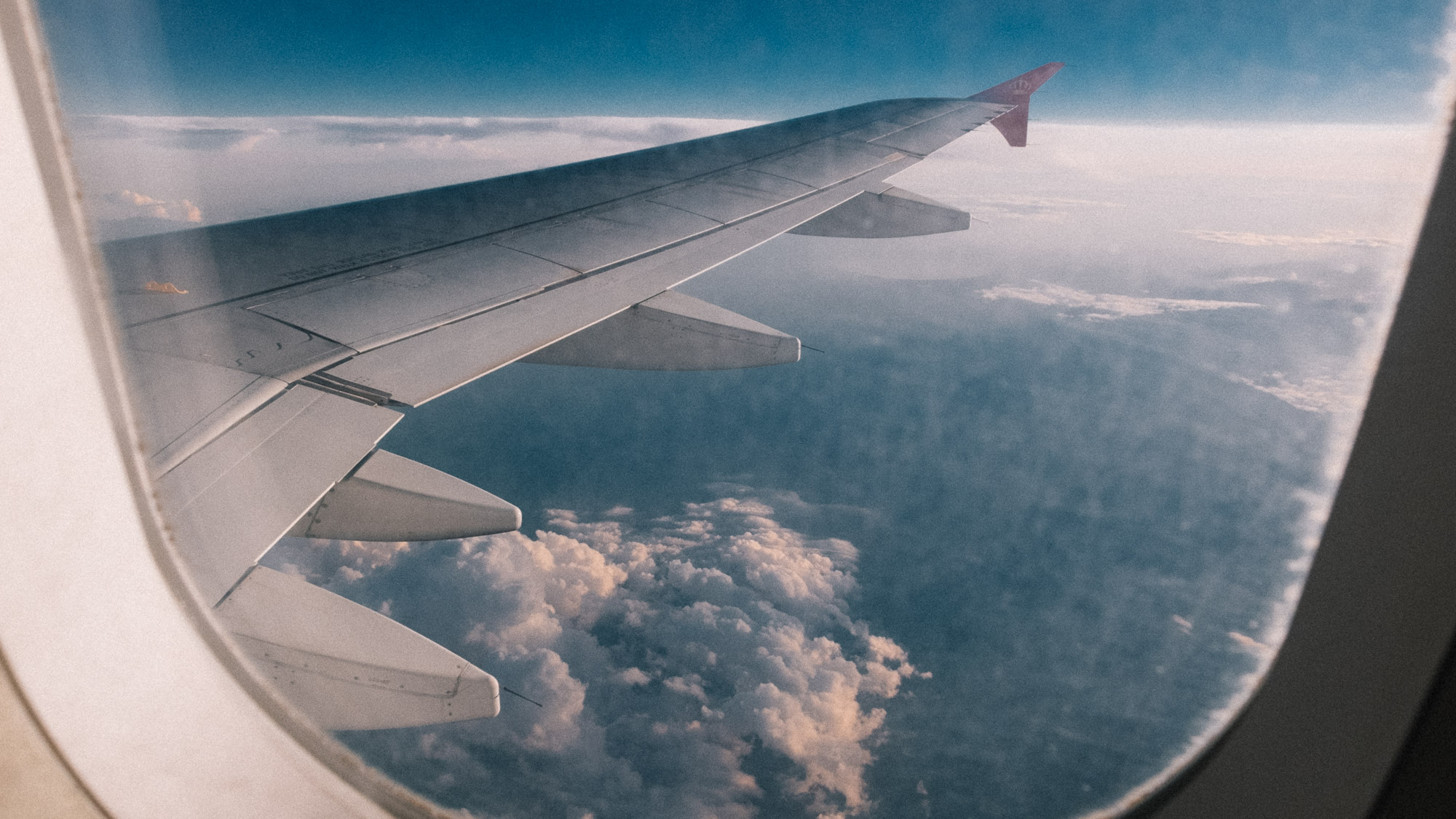 We wanted to share how we are dealing with this whole crazy COVID-19 situation. We have fallen back on plan B, C, D, hell even plan Z. We tried to not let corona get the best of us. Here’s what happened and what we’ve learned from it. Spoiler, we’re not coming home (yet).

We were cycling in India towards Myanmar when shit really hit the fan. Most countries including India had gotten their first cases, but up till then it all seemed quite controllable. When the outbreak in Italy got out of control, a lot of governments decided on taking harsh measurements.

A lot can change, and it did

Pretty soon India also closed its border with Myanmar. At this point we figured it would be a few days. It would still take us three weeks to ride to the border, so we just carried on. We created a WhatsApp group with other cyclists heading or already at the same border to keep each other up to speed.

Our reasoning behind continuing? A lot can change in three weeks, no need to panic and drastically change our plan. And we had a back-up plan, which was to fly from a city not far from the border to the nearest international airport.

How to keep a calm mind

(Which is very hard in these unsure times for everyone, including us)

As we were cycling we kept having a feeling of unease. Robin had already started to be a little fed-up by India. We had been in this and in its neighbouring countries since November, and it’s quite an intense place to cycle. We talked a lot with our friends, our family and of course with each other.

When we woke up to the news that the WHO had officially declared COVID-19 a pandemic and the US had closed it’s border we knew we had to take action. We did not want to get stuck in India so we had to evacuate.

We were planning on flying to Bali from Myanmar, so we decided we would just do that now instead of two months later. We would rather be stuck in Bali than in India.

The nearest airport, Guwahati was 300 kilometres away, so we cycled to the train station, only to learn that they wouldn’t let us bring our bikes on the train. So instead we took a taxi that would take us there. There were still ten flights every day, so we decided we would buy our tickets as late as possible. We still didn’t have boxes for the bicycles and things were changing so rapidly now, we didn’t want to lose money on a cancelled or missed flight.

Key in an emergency situation: make sure you are as flexible as possible. Don’t financially or emotionally tie yourself up to one solution. Be ready to change your plan but think it through first, if possible talk about it with someone who is neutral. (Chances are big your family is panicking the fuck out too, so maybe not only talk to them.)

First thing the next morning we went to the nearest bicycle store (we had made sure our hotel was close to the shop) and luckily they had boxes for us. We packed our bikes in three boxes, they somehow never seem to fit in two. Then we were off looking for a taxi. This we should’ve done beforehand, because we couldn’t find one big enough. After two hours of negotiating, waiting, negotiating again, and a lot more waiting we were finally on our way to the airport.

At the ticketing counter of IndiGo the nice lady assured us that we had to buy our tickets now and could add three pieces of sports equipment at the check-in counter for €30 a piece. The flight would leave in 50 minutes, but that was plenty of time according to her. Guess again. We were only allowed to take two pieces of sports equipment, and they wanted to charge us the excess baggage fee over the other box. This would sum up to €250 for the three boxes instead of the €90 that we had been promised.

At first, we got mad. Then we realized the attendant was really trying to help us when we said we didn’t have that much money. Check-in had officially already closed so all the attendants were trying to figure out how they could help us without us paying an exorbitant fee. After a lot of calculating they came up to €95 which we gladly accepted. Another attendant rushed us to our gate, and we prayed our bicycles would get the same rapid guidance to the plane.

From Kolkata, we planned to fly to Denpasar (Bali, Indonesia) with a layover in Kuala Lumpur. We had waited with booking the flight until we had our bicycles with us again. Luckily they had made it too. We checked that Malaysia would still let us transit and Indonesia would still let us in and bought our tickets at the Air Asia counter.

The nice young lady here assured us that we could add the boxes at the check in. After our previous mishap, she checked it twice and confirmed. It was cheaper to book the tickets online, and we couldn’t add three pieces of sports equipment on the website, so we had to do it at check in.

Of course the same problem occurred as in Guwahati. But this time they wanted to charge us €1400. We were both exhausted, stressed and really upset with the whole situation. Luckily Robin found it in himself to stay calm and talk to the people who were able to help us.

The manager Robin was talking to was acting like a real jerk. Whenever someone with a suit and a tie walked past he would just abandon the conversation to shake hands and say hello. In the meantime we were losing our cool over there.

A lot of meditation practice helped Robin keep his cool and in the end we found a loophole. The woman at ticketing had forgotten to mention some term that applied, but we believe that the true moments when things suddenly changed was when we mentioned we have a website with 30k views.

The price tag of our evacuation

Our next two flights went pretty smooth and Sabina’s father had arranged a pick-up and hotel in Bali. You have no idea how relieved we were when we had finally made it there.

The price tag of our evacuation

This is actually not too bad and probably a pretty good price considering all the last minute bookings.

When life gives you lemons

Meditation has helped us a lot in dealing with this. It has allowed us to stay calm, breathe, think and act. Our cycling experience also helped us cope. When you are cycling up a hill with an extreme headwind on a road that is literally falling apart, one might also panic. How am I ever going to do this, this is never going to end. But then the wind turns, or you reach the top and the road suddenly improves. And you realize, nothing is permanent. Everything changes, thus gets better in the end. Yes it might get worse before that, but knowing that it will always get better gets us through hard times.

Things are still changing extremely fast. Our plan was to do a border run to Singapore when our 30-day visa expires. We can still fly to Singapore, we only have to oblige to the 14 days stay home notice the Singaporean government has put in place. Getting back to Indonesia is a bit trickier now, since they have stopped issuing visas on arrival, and you now need a visa provided by an embassy together with a health declaration issued by your home country. These measurements are in effect at least until April 20th. There is talk of emergency visa permits, but we don’t know if we are eligible for this. We still have three weeks left on our visa, so we will just see what the situation is like by then.

We realize that this pandemic is not to be taken lightly, and we follow as much of the social distancing safety advice as possible. But we are at a beautiful place, and we are going to enjoy every second of it. For all we know our trip might be over in three weeks. It would be a waste if we’d spend these days worrying about things we cannot change.

Give us a ring or shoot a message

Our minds are with our families and our friends back home. And also with all the amazing cyclists we have met along the way or have got to know on Instagram. If anyone needs someone to talk to, we are here. Ask us anything you want, we’d love to think things through with you or simply offer a listening ear.

[…] arrived on Bali when the Covid-19 pandemic was about to hit the world hard. The situation on the island was still relatively calm. We had big […]